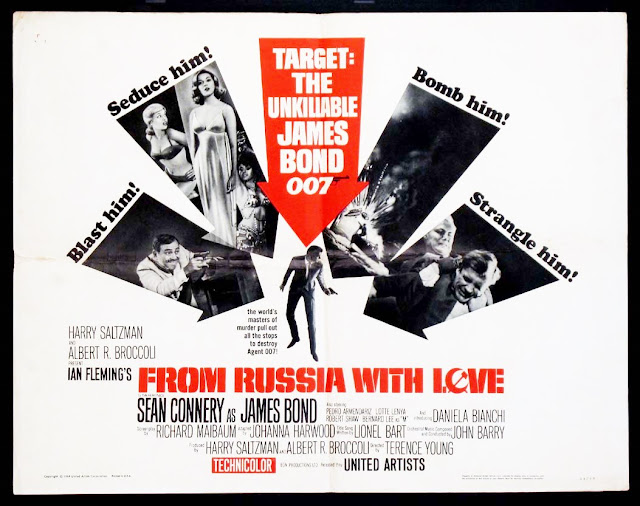 John Barry first became involved with the James Bond spy series in the film "Dr. No" (1962), when he orchestrated (essentially co-composing) the iconic "James Bond Theme", from a melodic theme originated by Monty Norman (who scored the film).  This theme notably features the electric guitar (played by Vic Flick) in a very "nasty" tone.

In the second Bond film, "From Russia With Love", the scoring was completely Barry's, and most people consider this the first great Bond score.  It has two main themes, the melody from the title song, and the 007 theme, a kind of "nautical" theme over a driving ostinato figure.  The Bond theme reappears here in a couple of guises, and a theme which I call the "Leila" theme appears here twice, once in the unused "Leila Dance" and the other in the "Man Overboard" cue.

Like most of the Bond CD soundtracks, the cues are presented out of chronological sequence, and often feature alternate versions and unused cues, while at the same time leaving out cues actually used in the film.  Unfortunately lots of the music for the earlier films has been lost, which is why there haven't been too many "complete scores" available.  Nonetheless, in 2003, expanded (but still incomplete) editions of the earlier scores were released, and this edition of "From Russia With Love" is described in the run down below.  The correct (chronological) film sequence number can be found in the second column.  Some of the cues below are not the actual ones used in the film, but for listening purposes they are close enough.  Finally, it's a real pity Lotte Lenya (Rosa Klebb) didn't get a chance to sing in the film! 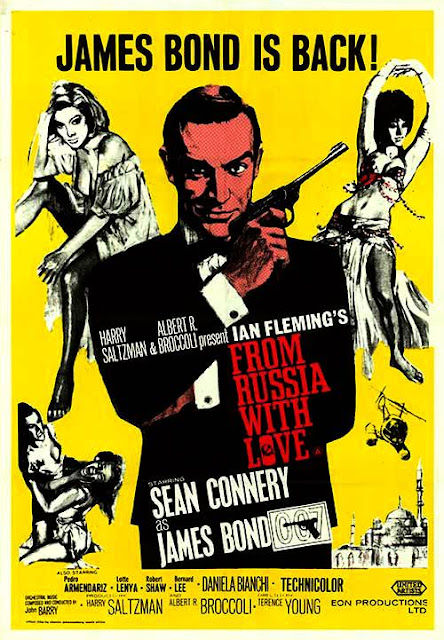 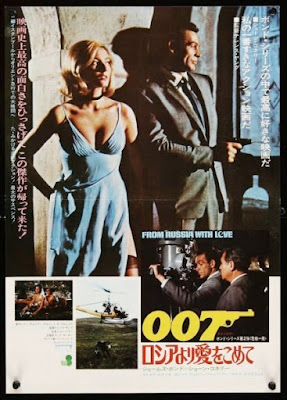 Several web resources can be found which detail the possible chronological order of cues in the Bond soundtracks: