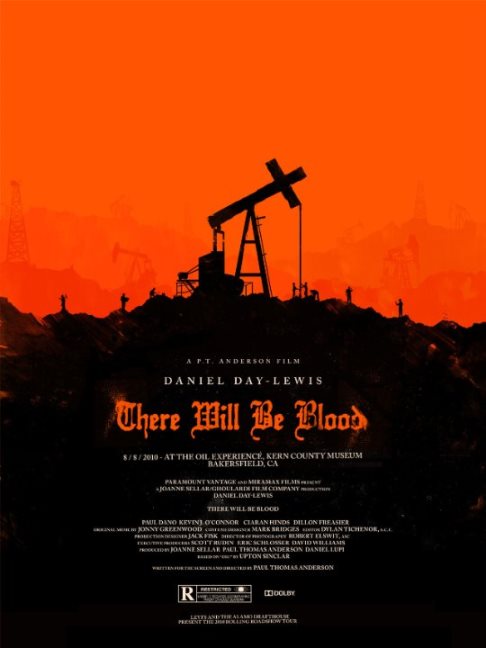 In 2007, Jonny Greenwood (from the alternative rock band Radiohead) composed original music for Paul Thomas Anderson's oil prospecting epic "There Will Be Blood".  Because the score is largely dominated by strings, it presents a very stark and brutal atmosphere (an effect brilliantly exploited by Bernard Herrmann in "Psycho").  However, it also allows for some extremely tender and poignant moments.  The opening sequences are dominated by the cue "Henry Plainview", which is actually an adaptation of Greenwood's classical concert work "Popcorn Superhet Receiver" from 2005.  In this cue, clusters of strings converge on unison pitches to modulate the intensity of the drama.  This motif reoccurs at several points in the film, usually when the protagonist is "possessed" by his ambitions. 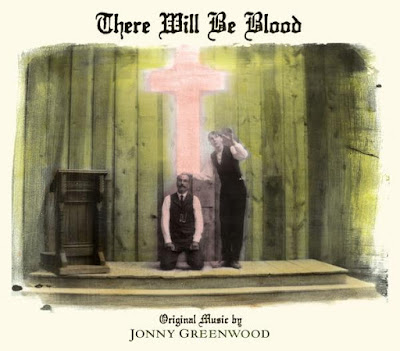 The CD album of the soundtrack is a nice assembly of pieces, though it is slightly out of film sequence and features many alternate versions of the cues actually heard in the film.  Not included are Johannes Brahms' Violin Concerto in D Major (Movement III) (used in the End Credit) and Arvo Pärt's "Fratres For Cello And Piano" (used for a couple scenes after HW loses his hearing from the well accident).  Greenwood's first orchestral works, "smear" (from 2004, employing "beating" ondes martinots) and "Convergence" (an adaptation of a percussion cue from Greenwood's previous soundtrack "Bodywork") are also used in a couple of places in the film to great effect.

For the most part, Greenwood wrote music that was inspired by the film's scenery and story (as opposed to specific characters) and director Paul Thomas Anderson used Greenwood's music where it seemed appropriate (a technique similar to one used by Sergio Leone when placing Ennio Morricone's score cues).  One motif which stands out is the "Prospector motif", a 3-note descending figure which appears a few times, often over a hypnotic (obsessive?) rhythm.  The score is written in a very "classical" style, in that the development of figures follows techniques often found in early 20th century classical works such as in the string quartets of Béla Bartók or Sergei Shostakovich.  The more dissonant string cluster textures are also similar to some of Krzysztof Penderecki's work, notably "Threnody for the Victims of Hiroshima". 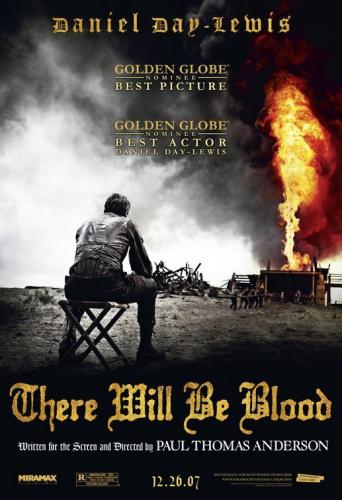