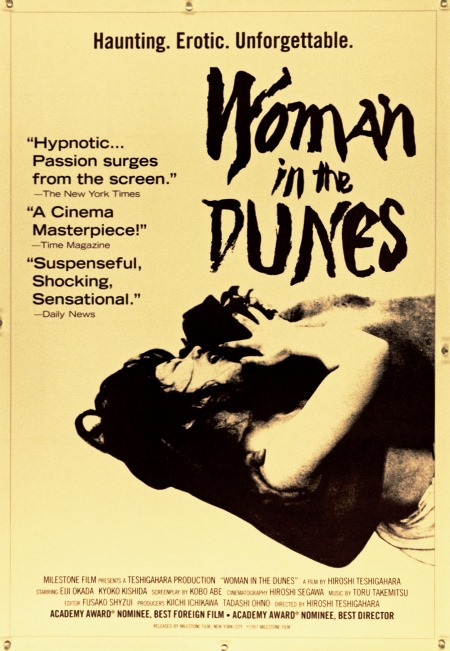 One of Japan's most fascinating film (and concert) composers was Toru Takemitsu (1930-1996), whose stylistic palette was immensely broad, yet at the same time somehow very individualistic.  Takemitsu wrote for every type of ensemble imaginable, but in Hiroshi Teshigahara's film, "Woman in the Dunes" (砂の女, Suna no Onna, "Sand woman"), he uses a small chamber group sound to evoke the ancient heartbeat of a cruel desert.  The film is somewhat hard to describe, but it's essentially about a man who has been trapped by villagers into helping a woman scoop out sand from around her house.  He cannot escape because the woman's house is in a sand pit and the sand is unclimbable.  The man and woman develop a relationship.  In a way, the story is both Twilight Zone-ish and Kafka-esque, and and has been interpreted in many different ways (however it does have a 100% rating on Rotten Tomatoes!). 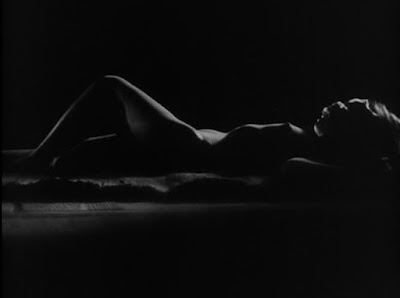 Musically, only about 15-20 minutes of score is heard in this 2 and a half hour study in forced domestic captivity.  The music is basically ambient, in that it features long held textures (string drones) broken by brief moments of scurrying activity, or simply just isolated accents, probably (my guess) meant to reflect the image of rippled sand being blown over dunes. 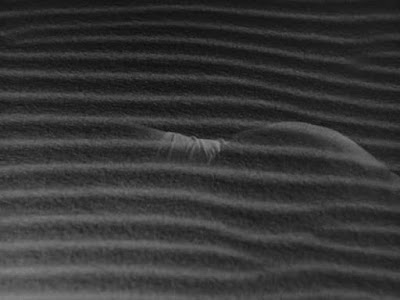 The music was first available domestically as a 7 minute suite on The Film Music of Toru Takemitsu (Nonesuch Records, 1997,  also The Film Music of Toru Takemitsu 4 in Japan, 1991).  A longer, expanded release was made available on the Complete Takemitsu Edition 3: Music For Movies 1 (Shogakukan, 2003), though even that is only 10 and a half minutes' worth.  The below table describes the scenes and cues from the expanded 2003 release (the 1997 release included Parts 1, 2 and 4 from the table below). 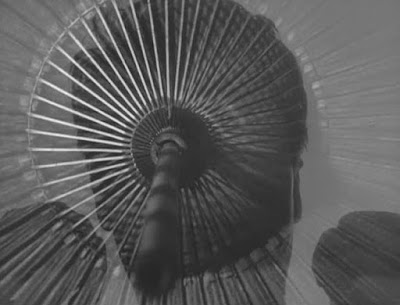 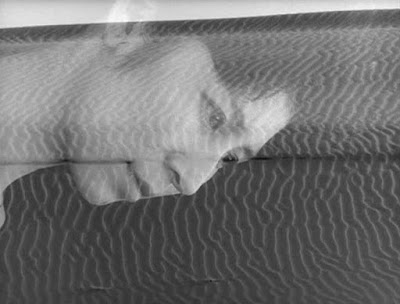