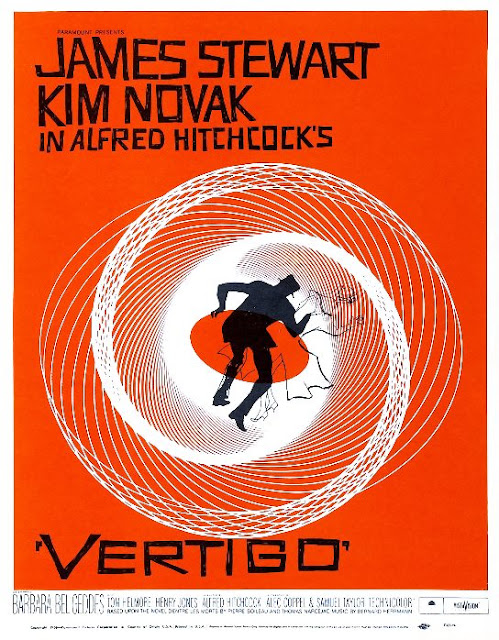 The director-composer relationship between Alfred Hitchcock and Bernard Herrmann is a legendary one and probably reached its zenith in 1958's "Vertigo" (though frankly there are MANY contenders for this title in their joint filmography).  In any case this production showcases a virtually perfect example of how music enriches a film sequence and provides narrative information to the audience even without them knowing about it. 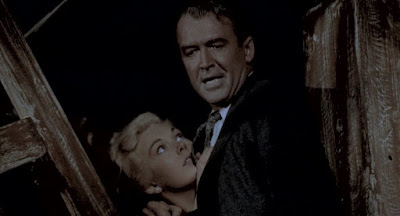 In this film, a detective, Scottie, finds out that he has a fear of heights.  He is soon hired to follow an old friend's wife, Madeleine, who acts as if she is possessed by an ancestral spirit.  Eventually Scottie falls in love with Madeleine, but she falls to her death, due partially to Scottie's affliction with vertigo.

After a nervous breakdown, Scottie runs across a woman, Judy, who looks like the dead Madeleine and tries to remake her into the dead woman.  In reality, Judy IS Madeleine, as she had earlier pretended to be Madeleine in order to help Scottie's old friend stage a suicide.  In any case, the main theme of the film is Scottie's obsession with the dead woman and his desire to create a false reflection of her, despite the fact that Judy really IS Madeleine. 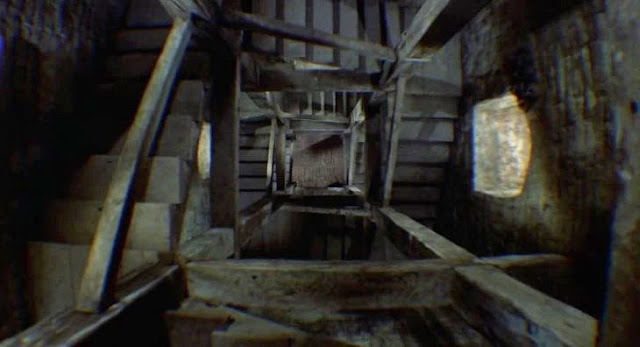 Prelude Structure
Musically, the Prelude provides a Main Title which is a kind of crystal encapsulation all of the musical motifs which will unfold in the ensuing picture.
Herrmann creates several themes from the Prelude by stacking notes or shifting intervals into different shapes, but still maintaining a distinct rising/falling, somewhat "reflective" feeling. 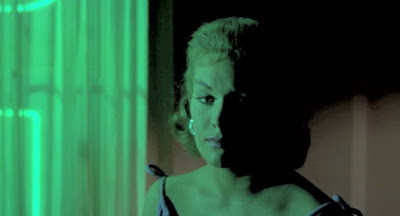 The below listing is based on the 1996 expanded Varèse Sarabande release of the soundtrack to Vertigo (original recording conducted by Muir Mathieson, partially in mono), though the descriptions below should be handy when listening to the 1995 rerecording by Joel McNeely as well (except for "Scottie Trails Madeleine", which is a slightly different cue ending than the Mathieson recording).  The table below describes the film sequences for each cue and a brief note about the music elements.

The musical analysis here is admittedly scant for a complex score such as this, and in fact an entire book by David Cooper has been written about this score (which I don't have, unfortunately), as well as innumerable theses and music papers.  Tom Schneller's paper on the Farewell scene is especially interesting and was helpful in identifying a few theme transformations (see link at bottom).  I'm very tempted to write "full analyses" of certain favorite cues (perhaps another day), but suffice to say that each cue is a perfect microcosm of musical drama, and each also serves as a case study in film scoring at its highest level. 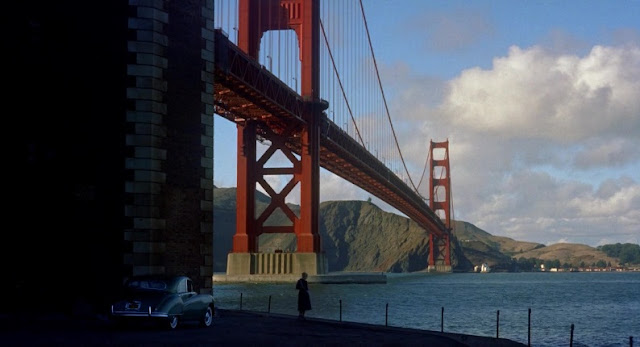