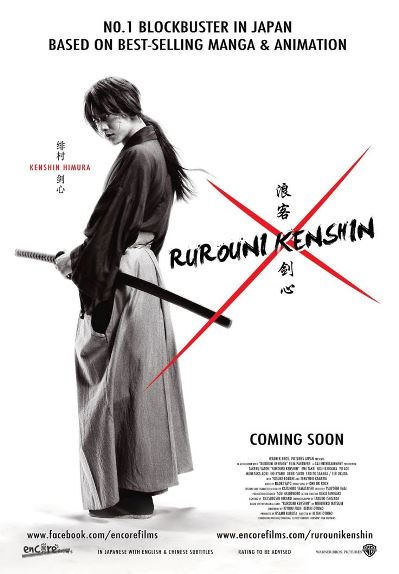 The 2012 film "Rurouni Kenshin" (Japanese: るろうに剣心) is a live-action adaptation of a popular Japanese manga and anime series (also known as "Samurai X" in some markets), centering on a wandering former assassin in the late 19th Century during Japan's change-over from an insular society to a Western-influenced one.  After vowing to never kill again, he begins using a "reverse blade sword", in which the knife edge is the dull side.  Kenshin finds friendship in a small village, but when a local drug lord threatens his new friends, he is forced to confront the drug lord and his army in his lair.  After the drug lord has been dispatched, Kenshin is confronted by a survivor of the previous war and again almost forced to kill again. 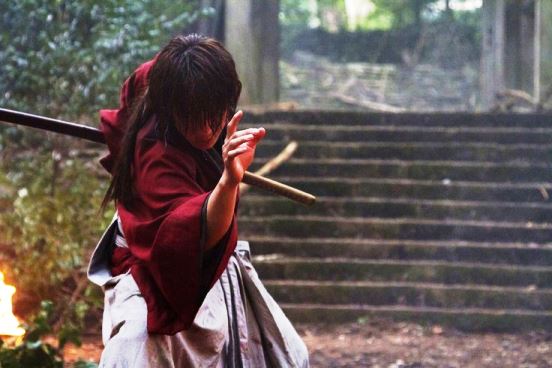 The film's composer, Naoki Sato (佐藤 直紀), is best-known for his anime soundtracks, but in more recent years he has done a few live-action features (many of which were adapted from manga or anime series).  His style is fairly eclectic, but often uses electric guitar or electronics with his orchestral elements.  In Rurouni Kenshin, many cues notably feature solo instrumental improvisations on violin, oud (lute), bansuri (wood flute) and shenai (ethnic double reed).  The violin especially has a virtuosic "gypsy-like" flavor, which nicely matches the concept of the wandering swordsman.  Besides the ethnic soloists, the other main elements are tribal drums, ambient electronics and electric guitar, sometimes supported by strings and brass. 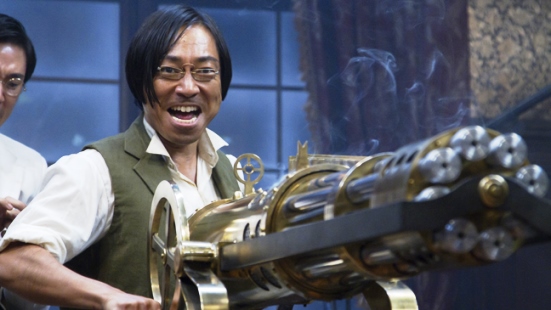