Often cited as the "first" modern film score, Max Steiner's long and highly-acclaimed career will always have "King Kong" as a highlight, and even after more than 80 years, it still holds up.  To put things in perspective, this was written at a time when Bartok, Webern, Stravinsky, and Prokofiev were still bringing out new compositions into the classical world.  The repercussions of this score are still felt as much today as the works from those composers from the classical world.

The contribution of Bernard Kaun should also be mentioned here, since he was the one who fully orchestrated Steiner's music (sometimes from as little as 3 staves)  to fit within a production's budget, which in this case ended up being 46 players, often playing multiple instruments.

Sadly, there is no complete isolated score of "King Kong" (though a good portion was released on a Rhino CD a while ago).  However, John Morgan and William T. Stromberg have reconstructed and conducted a new recording with the Moscow Symphony Orchestra which really sounds fantastic.  My timings for the score below are specifically for this recording, though Fred Steiner also did a wonderful re-recording as well. 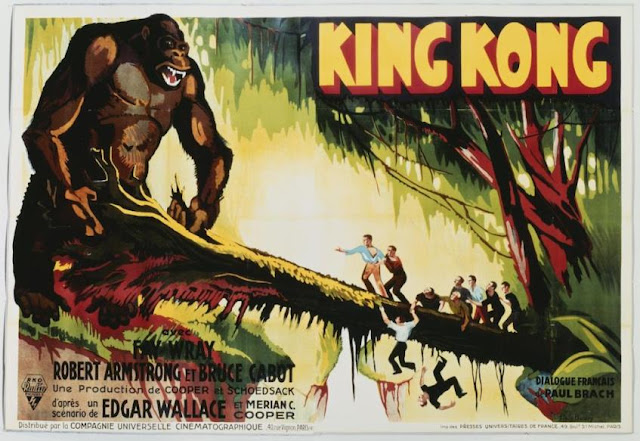 Besides the jungle dances, atmospheric textures, action cues and "show business" marches, there are 4 major motifs/themes used in "Kong":


Kong motif: a foreboding 3-note descending figure
Natives theme: a 2 phrase theme, opening with an 8-note "Indian-like" descending line
Sailors motif: somewhat light, zig-zag motif
Love theme (Stolen Love, or Ann's theme): based on a lush descending figure.  The first half is similar to Kong's motif, and the second half is similar to the Sailor motif, which fits the "love triangle" element between Ann, Kong and Jack.

Each of these themes are used fairly often, and some are fragmented/sequenced to create sub-themes and variations.  In the rundown below I decided just to mention a few occurrences of these main themes, since they occur so frequently. 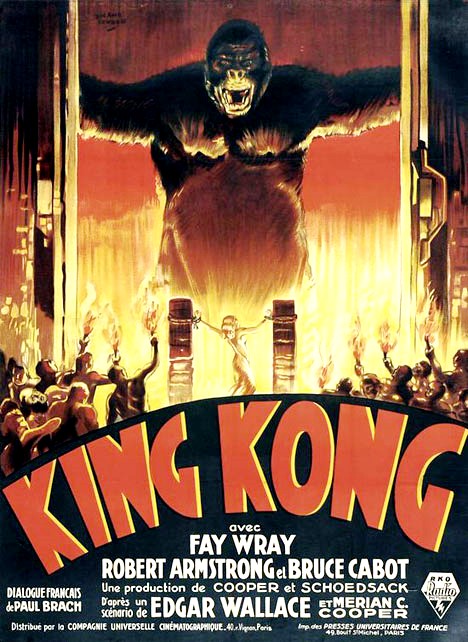 The recording I based my timings on (by John Morgan and William T. Stromberg) is available on iTunes (as well as Spotify).  Their team puts out really consistently great score re-recordings, up there with the famous Charles Gerhardt releases.  Frankly, anything with their names on the spine is great, with fantastic liner notes.
Links
Spotify Listing