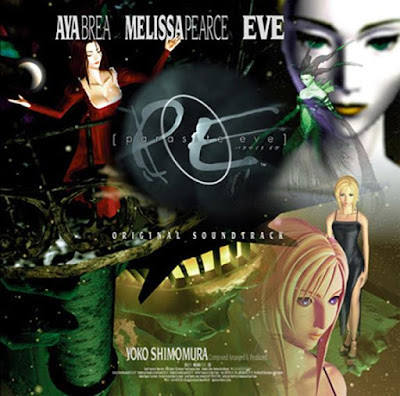 Parasite Eve (Shimomura, 1998)
In 1998, more and more games were developed with a "cinematic" angle then ever before.  A prime example of this was "Parasite Eve", an action-role-playing game whose premise was loosely based on a Japanese horror film of the same name from the previous year (which itself was based on a book by Hideaki Sena).  Posed as a semi-sequel with an entirely different set of characters, this story, set in New York City, played out very much like an action adventure story with many "Hollywood" style explosions and climaxes.  The score was created by Yoko Shimomura, and she based the music on techno, opera and piano-driven action themes (as well as many more ambient textures).

Despite the fact that this is a late 90's synthesizer-driven score, the arrangements and beautiful themes still make this one of my favorite videogame soundtracks of all time.  The only minus for this score is that due to the limitations of the budget/technology at that time, the "vocalise" operatic lines were created from synthesized/sampled textures.  However, if one considers that the "opera singer" character is a mutated DNA monster, I suppose it makes it easier to think of it as an "effect".  The CD has 2 bonus tracks where a "real" opera singer sang the vocal parts for the two most important cues, which gives an idea how great it would have been with live vocals on every track.  In any case, it's still a great score and highly regarded in videogame soundtrack circles.

The CD presentation is somewhat chronological, but I reordered the tracks below in what I think is the best listening order.  Many tracks are re-used, so for those I matched each track in it's most "iconic" sequence, but the other sequences are noted as well.  There are four main themes: the Aya theme, the Eve theme, the Primal Eyes theme and the Parasite Eve "main" theme. 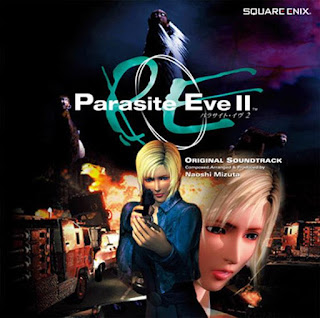 Parasite Eve II (Mizuta, 1999)
The sequel to Parasite Eve was composed by Naoshi Mizuta, arranged by Hiroshi Nakajima (with some reappearances of Shimomura's themes from the previous game).  The game was redesigned with new characters and settings, keeping only Aya Brea, the main character from the first game (and arguably, the villain).  For this reason, it seems appropriate enough that the music is also in a different, less melody-driven style.  Since the middle section of the game takes place in "Dryfield", a name perfectly appropriate to its landscape, the music takes on more of a western-horror element.  The piano element is no longer present, and is replaced by swamp rock electric guitar and more ambient textures.  Though not nearly as accessible as the first Parasite Eve game's soundtrack, the music here has some fascinating layers, if one digs down deep enough.

The CD presentation is in chronological order except for CD1 track 13, which occurs in the second half of the game when Pierce arrives at the Neo-Ark lab. 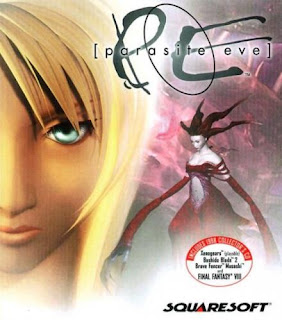