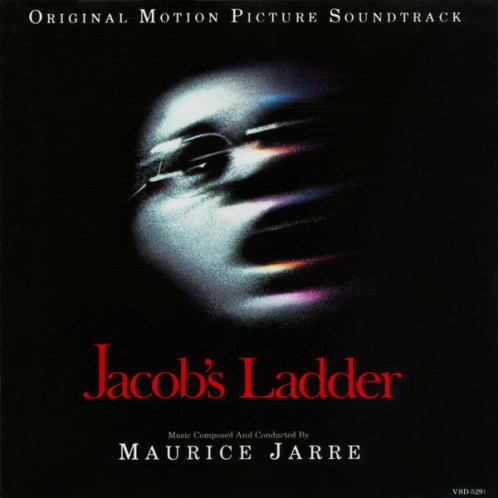 On of the most eerie and haunting films of the early 1990's was Adrian Lyne's "Jacob's Ladder", scored by Maurice Jarre.  The basic premise is that a Vietnam vet, now living back in the States, sees "demons" among the New York populace.  He also has nightmarish flashbacks to different points in his life.  In the end (spoiler alert) it turns out that Jacob has been dying from a wound suffered in Vietnam during a friendly fire incident, and the entire film is basically a metaphysical vision about his struggle to stay alive and refrain from ascending "the Ladder" to the afterlife.

Maurice Jarre is probably most famous for "Lawrence of Arabia", but in this film he creates an entirely different score.  Using primarily shakuhachi, double violin, hand percussion, European women's choir, piano and synthesizer electronics, Jarre creates a dream-like, electro-acoustic soundworld which perfectly suits the film's concept of "Earthly purgatory".  There are 2 male and 1 female vocal soloists as well, who provide an added layer of "dream voices".

One of they key ideas in the film is that one who is afraid to die perceives "demons", but once acceptance is reached, the demons become angels.  The various vocals and choirs seem to musically realize these opposing elements.  The haunting main theme on piano has a beautifully melody, and possibly represents memories of "good times" in the past.  Ethnic "jungle" percussion is often used with Jacob's brief flashes of "real" consciousness as he is being airlifted in Vietnam. The shakuhachi and Indian double violin (usually electronically processed) may represent the pull of "life", since when Jacob begins to accept his impending death, these elements tend to drift away.  In the final scene where Jacob reunites with his deceased son, the synthetic textures give way to orchestral elements, in order to provide a sense of "rightness", and the two ascend up "Jacob's Ladder". 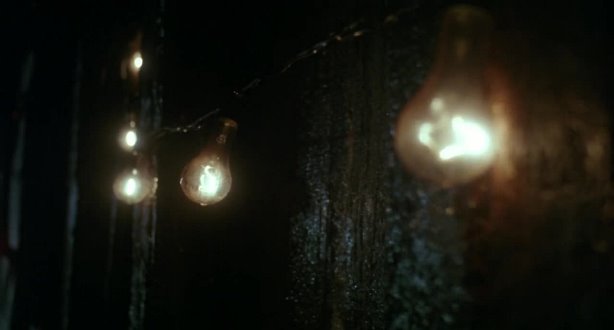 The soundtrack is an edited collage of sound materials and sequences Jarre used in the film, including much material that was unused.  Below I noted places where a scene used a particular texture, but in general this soundtrack really stands on its own without the need for any kind of film narrative.  In other words, one could easily appreciate this album as a "dark ambient" record on its own. 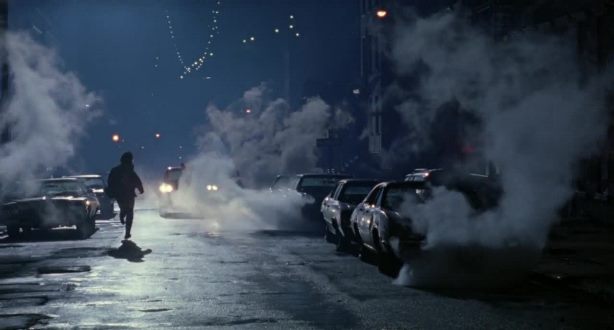