Ennio Morricone's style includes not only spaghetti westerns, crime dramas and euro-thrillers, but sword and sorcery epics as well, as heard in 1985's "Red Sonja".  This film might as well have been titled "Conan 3: The Coming of Red Sonja", as it closely followed on the heels of 1982's "Conan the Barbarian" and 1984's "Conan the Destroyer" (both scored by Basil Poledouris).  The production again features Schwarzenegger's Conan (named "Kalidor" here) as a sidekick prince, and is directed by Richard Fleischer (director of "Conan the Destroyer" and son of famed animator Max Fleischer). 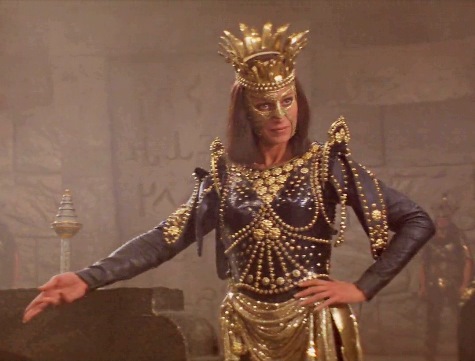 In this film, Kalidor (actually Conan under a different name) encounters a dying Varna, a priestess sister of Sonja's.  He soon finds Sonja (having just completed her training) and they proceed on a mission to stop the evil Queen Gedren from unleashing a powerful magic talisman in the world.  Along the way they meet the child-king Tarn and his bodyguard, and the foursome battle Gedren's forces in her castle in a final earth-shaking battle. 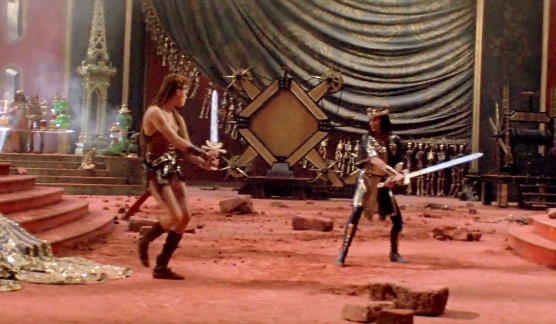 Morricone developed 5 major themes for this film, each of which get developed to varying degrees in each of their appearances:
The score was initially released in various forms as a two-suite package (essentially adjacent cues in two groups), but was later separated and and re-sequenced chronologically on a Perseverance Records release.  The rundown below is based on the Perseverance release.  Despite the film's failure at the box office, the score has some rousing and fun moments, and the the scenery has some glorious visuals (as seen in the snapshots here, click to enlarge). 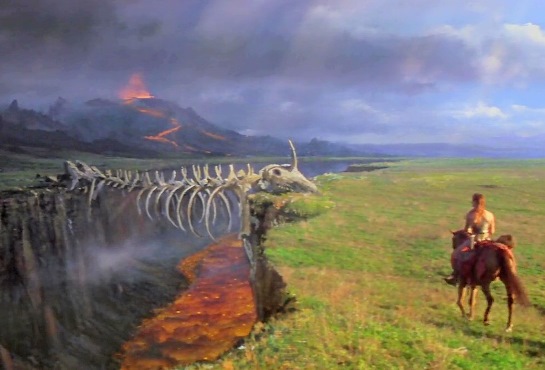 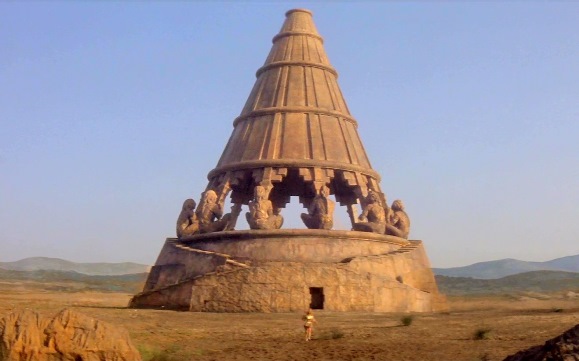 "Red Sonja" was originally available only as two long tracks (as a "Symphonic Suite for Chorus and Orchestra"), but these can be taken apart based on this handy breakdown from an FSM forum post by DanBeck: 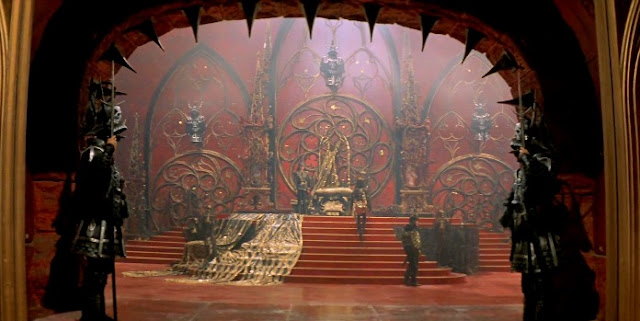 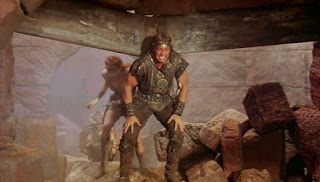