The film Torn Curtain has the notorious reputation of being the film which shattered the collaborative partnership between Alfred Hitchcock and Bernard Herrmann.  In short, Herrmann disregarded Hitchcock's wishes and Hitchcock fired him (full story here).  The film was eventually scored by John Addison with a much lighter touch.  Fortunately Herrmann's original score has been recorded a few times (Elmer Bernstein's recording notably being the first), with the most recent being the Varese Sarabande rerecording conducted by Joel McNeely.  With a little bit of guesswork, it's fairly easy to place Herrmann's unused cues into the film sequences for which they were written and in the analysis below I've included time codes for placement of the McNeely-conducted tracks.  Not to demean Addison's score, but by watching the film and cueing up the Herrmann McNeely tracks at the indicated times, the film has a much more "classic" Hitchcock feel. 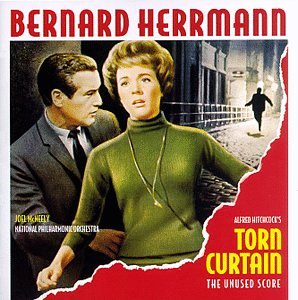 Plot-wise, a scientist (Michael Armstrong) is on his way to a science conference when he announces to his fiancee Sarah that he must abandon the conference and take a side trip.  She follows him and they end up in East Germany, behind the Iron Curtain.  The scientist "defects" with a public announcement, but in reality is in Germany only to spy on a fellow scientist.  The film's midpoint climax comes when Michael is forced to kill his German "handler" Gromek with his bare hands (unscored in the final film, Herrmann apparently originally wrote suspenseful textures for the later stages of the fight climax).  Eventually, the German authorities discover the subterfuge and Michael and Sarah must race to escape from behind the Iron Curtain, with the help of an "underground" rebel bus line organized by the "Pi" resistance group. 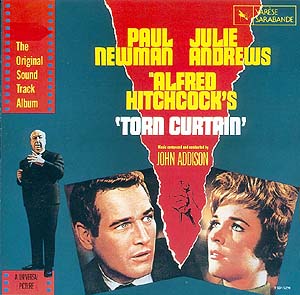 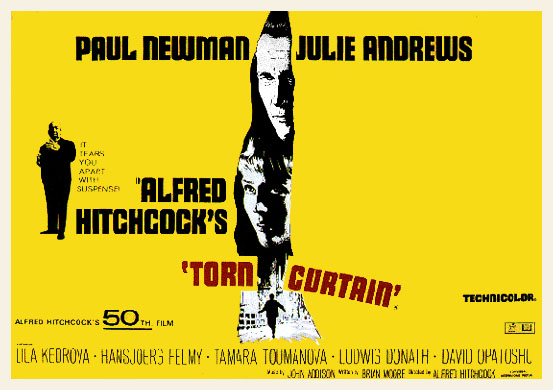